It is with much regret that the day has come where we have lost the father of South Carolina Army National Guard  Aviation as we know it today. 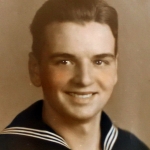 Mr. Wages was born and raised in Blackstock, S.C.  His parents were the late Carpenter H. and Katie Lewis Wagers.  He has two siblings, Mary Lee and Esther Bigham.

He attended Chester Public Schools in South Carolina and after finishing high school worked for Duke Power as a lineman from 1939 until joining the Navy in July 1942.

While in the Navy he served with a carrier aircraft support unit located in Hawaii where he performed general aircraft maintenance, repairs and supported  Navy aircraft in Pearl Harbor after the “Attack”.  He was discharged on 5 Oct 1945 at the rank of Chief Petty Officer and relocated in Columbia after his discharge.  Then on 19 Oct 1946 he married  the late Elizabeth “Lib” Lee of Chester.   Lib and Mr. Wagers have two sons, Bill and Jimmy.

As soon as the National Guard was being reconstituted, his career began with the South Carolina Army National Guard on 2 Sep 1947 when he reported for duty at the Army Aviation Section  at Congaree Air Base. 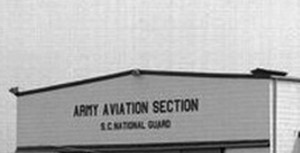 If you passed through the doors of Army Aviation between 1947 and 1980, and if you were an aircraft mechanic or crewchief on fixed wing or rotary wing aircraft; an allied shops mechanic; an avionics mechanic; POL specialist; firefighter; supply specialist; operations specialist; ALSE specialist; unit admin; unit supply; detachment sergeant; unit first sergeant; platoon sergeant; platoon leader; company or troop commander; safety officer; maintenance test pilot; or pilot, James C. Wagers, Sr. had a major, positive influence on your career in South Carolina Army National Guard Aviation where he was the father of the aviation program as we know it today.

During his national guard tenure he had several duty assignments ranging from Aircraft Mechanic Supervisor to Riot Control in Charleston in the ’60’s.  He especially enjoyed supporting the m-day pilot, crewchief, and mechanic.  He would tell you that they all had a different story to tell and how much he liked working for and with all of them.

One of his favorite aviation memories was the first time the aviation unit (51st Assault Helicopter Company) went to Ft. Stewart and fired all the weapon systems from the UH-1C and M model Hueys.  Even during the wet, mud and stuck vehicle issues all the personnel supporting the exercise came together to get the “ox” out of the ditch.

During his 95th birthday party Mr. Wagers was presented a quilt from the Quilts of Valor Group.