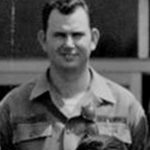 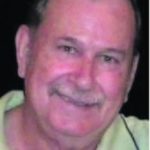 Charles David (Bubba) White, 74, passed away on Wednesday, February 14, 2018 after a long battle with Colon Cancer.  Funeral services were held on Saturday, February 17, 2018 with full Military Honors at Crestlawn Memorial Gardens in Orangeburg.  Charles was born on May 9, 1943 in Orangeburg, South Carolina.
He joined the United States Army National Guard in 1964 and retired August 2001 with a total of 37 years of service as an aircraft mechanic.  In the 70’s and up until the mid 80’s he was known for his expertise on UH-1 Tail Rotor removal, installation and rigging.  As a result of his attention to detail and cleanliness of his work areas he was assigned as crewchief of A/C 703 when it was configured as a VIP ship.  As the Army modernized its  helicopter fleet, Charles attended additional training on the newer aircraft.

After retiring from the Guard he continued to support the Guard by performing maintenance on the APACHE aircraft while working for a contract maintenance company.