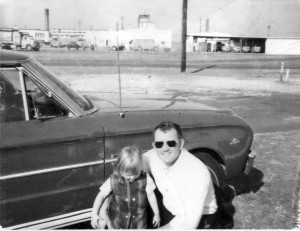 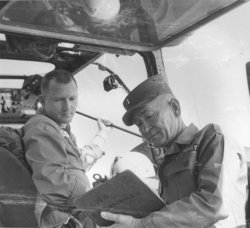 Departed South Carolina on 31 Dec 1966 for duty in Vietnam.

Killed in Action 17 Jan 1967 from an incident on while performing the duty of Pilot with 118th AHC, 145th CAB although he was assigned to A Co, 9th Avn Bn.  The aircraft, UH-1H 64-13726, was returning from a resupply sortie to 1/5 Infantry Battalion forward base to main camp at Cu Chi when it crashed after losing its main rotor which then impacted and chopped up the tailboom.  The mast broke in two above damper splines. The transmission separated from the fuselage and the main rotor system in flight.  The aircraft subsequently crashed and burned.   (Note that in early 1967 crash worthy fuel cells had not yet been installed on the UH-1H’s) 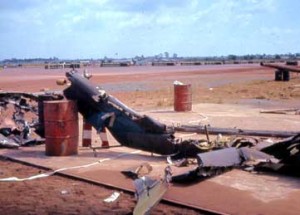 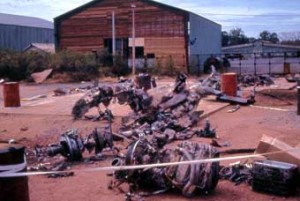 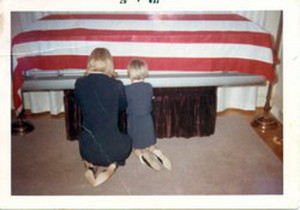 The following story was extracted from “No Higher Than Pullin’ Corn, No Lower Than Diggin’ Taters” by Jimmy Davis published 1997.  The story refers to CPT Richard Belton (Dicky) Brockman.  The plaque that he refers to was moved to the Eastover Armory at McEntire when the 51st Aviation Company relocated in December of 1977.  The plaque remains there today.

DICKEY WAS A HERO

There was a young kid who wanted to be a pilot so badly.  His name was Dickey Brockman, and he joined our company as an enlisted man, but every time anybody was going up in an aircraft, a fixed wing or a helicopter, Dickey would try to bum a ride.

Pilots are an unusual type of people. They couldn’t care less about regulations most of the time.  If they have an empty seat, they’ll say, “Jump in.”  So Dickey rode with us a great deal.  He was always flying, always observing.  I remember doing a lot of power approaches with him one time at McIntyre Airbase.  Instead of landing on the runway, we would land on the strips that you would taxi on called the taxi area.  We had to come over these pecan trees to land and we’d have to keep the plane straight and level while at the same time pulling back on the power and holding just enough power to keep the plane from stalling or winging over, but we’d be dropping at a pretty good rate.

We had to set our sights so we’d come over the trees almost touching them to make sure we’d hit the runway.  For a passenger, it was a very frightening experience.  When we got right at the runway, we chopped the power all the way off, pulled back on the stick and –Wham – we were on the runway.  We’d just put on brakes slightly so when it hit, the plane hardly rolled two or three lengths of the aircraft itself.  That’s what is known as a power approach.  We did these a great deal, and Dickey was there any time he could get in an airplane.

Finally the day came, during the Viet Nam War, that Dickey was able to go to flight school.  He went to Fort Rucker, Ala. Where I myself had taken helicopter training.  He became a Warrant Officer pilot, and he was delighted, and we were delighted for him.  He came back to our company and began to fly with us, and it wasn’t too long after that he volunteered to go to Vietnam even though he had a wife and two kids.

It was only a week after he arrived in Vietnam that Dickey Brockman was shot down and his aircraft burned.  It broke all of our hearts in the 51st Aviation Company.  They brought him back to the states, and I was one of the pallbearers.  It just seemed unbelievable.  This young kid who was so good and wanted to be a pilot so badly, and the one thing that he wanted to most had taken his life.

It’s hard to get over a feeling like that when the mother and two children are sitting in front of you crying, and you’re holding that American flag over the coffin as it is lowered into the ground.  It’s something you don’t ever want to go through.  I only tell this story because of the human factor and sadness involved which takes up a lot of our lives.  We all remember Dickey very well and a plaque hangs on the wall in the armory in St. Matthews, S.C. honoring this young man. 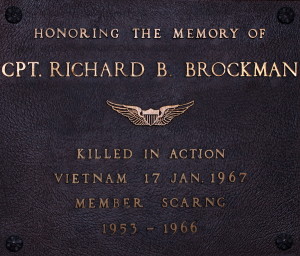 This plaque was displayed in the foyer of the St. Matthews Armory and relocated to the foyer of the Eastover Armory when the unit relocated to McEntire.  Unfortunately, over the years additional memoriam plaques were added in the foyer.  Customarily a single rose is placed on top of the plaques during the December Unit Training Assemblies or on Family Day.  It has been relocated and now prominently displayed in to the 59th Avn Trp Cmd AO.