1947 – CPT William Hale was the first Army Advisor to report for duty during the winter of ‘47-‘48. When he arrived he was rated and current to flew the L-16’s.

1961-1963 – MAJ Claude H. Murphy     –    After two years as the advisor to the aviation program in South Carolina, he was assigned to duty at Ft Benning, Ga. to participate in the development of the air assault concept.  At the completion of the air assault being developed, Maj. Murphy went on to RVN to implement and further evaluate the concept.  He returned to South Carolina in 1966 to again become the aviation adviser for South Carolina.  He worked for Gen. Pinckney and became a good friend with Boots Oliver.

1966-1968  – MAJ Claude H. Murphy returned from duty at Ft. Benning and RVN to again serve as the Army Adviser to the South Carolina Army Aviation Program.  He retired from the Army and continued working for the Guard until he completely retired.  Since retirement he has worked many hours and days assisting people with health issues through Hospice.

1968 – 1970 – LTC William P. Griffin –  LTC Griffin came to SCARNG as an advisor to aviation at a time when the aviation company was transitioning from fixed wing to rotary aircraft.   He volunteered for duty in Vietnam in 1966 and was the company commander of the 281st Assault Helicopter Company, amassing over 1800 hours of combat flight time.   On his return from Vietnam in 1967, he was assigned to Ft Rucker as the Chief of the Tactics Department.   His final assignment was as the advisor to SC National Guard in Columbia, where he retired in 1970.  Upon his retirement, he was rated in numerous aircraft both fixed and rotor wing. 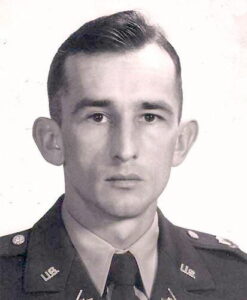 1976 – 1979  – LTC Wesley B. Avery      –       LTC Avery was drafted in 1958.  He began his career  as a  2LT Infantry Officer in 1960 but quickly switched over from infantry to aviation.  On his first of two RVN tours he  served with the 1st Cav in1968 and served with the 1st Aviation Brigade on his second tour 1970 where he commanded the 117th Assault Helicopter Company.  After his three year assignment as the Army Advisor his next duty assignment took him to Ft. Jackson where after 29 years of service, LTC Avery retired in the Columbia area.  Now as the different hunting seasons open and close he can be found in the woods around the community of Longtown or eating breakfast or lunch at the local restaurant.