While reorganizing the 51st Aviation Company in 1968 to 51st Aviation Company (Airmobile) with helicopters, the L-20, 55-694 (U-6A) was transferred to Hqs STARC where it became the State VIP and support airplane.  A U-8F, 073, later replaced the U-6 and an A-90 (U-21 Queen Air) drug confiscation airplane was later added to the STARC TDA.  Soon afterwards the state received a C-12, King Air.  The King Air came with a contract support team and the whole package was bedded down at AASF, McEntire.  As the U-8 became excess it was transferred out. 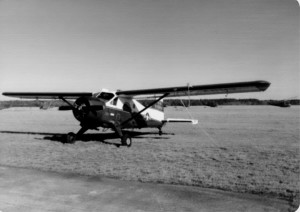 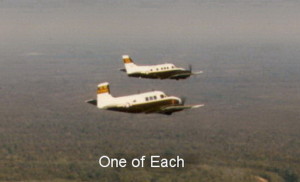 1995 1001 –  When the Operational Support Airlift Command (OSAC) concept was implemented by National Guard Bureau, the C-26 came along and the then excess A-90 and C-12 were transferred out.  Facilities at McEntire accommodated the C-26 but not very well.  So as soon possible more conducive hanger facilities were acquired at Columbia Metropolitan Airport and the OSA operations and maintenance moved.   Operational Support Airlift Command was activated at Ft Belvoir on 1 Oct 1995 and OSACOM, Detachment 24 was officially activated that same day.

The staff of OSACOM, Det 24 consisted of six pilots and two enlisted personnel.  CW5 Bill Freeman was the commander while staff pilots included CW4 Randy McManus, CW4 Warren Snoody, and CW4 Dan Kotowski.  SSG Greg Downer was the Detachment Sergeant and SGT Bill Harker was the Detachment Flight Operations Coordinator.   Both SSG Downer and SGT Harker were seasoned professional soldiers in their respective MOS.  All of the assigned pilots were highly seasoned high time pilots that performed each mission with exacting safety and operational integrity.

Detachment missions were assigned by the Joint Operational Support Airlift (JOSAC) command out of Scott AFB, Ill.  The C-26 was initially responsible for the execution of 90 flight hours per month for at total 1080 flight hours per year.  The detachment consistently exceeded its assigned hours as a result of the dedicated service of the detachment members, three technician pilot augmentees, and the reliability of the C-26 aircraft.  The augmentees were instrumental in providing the additional manpower that enabled Detachment 24 to rarely turn down any mission requested by JOSAC.  These military technicians were CW4 John Ranson, CW4 Harlon Sparrow, and CW4 Don Smith.   Missions included support for not only Army personnel but Army, Navy, Air Force, and Marine Corp for both CONUS and OCONUS.  Destinations included the Dominican Republic, Honduras, Belize, Puerto Rico, Bermuda, Canada, and Guantanamo, Bay Cuba in 2001.

As personnel rotated in and out of the detachment came the services of CW2 Jimmy Sheorn, CW4 Allen Watkins, CW2 David Anderson and CW2 Mark Dikes.

Ironically, Detachment 24, Operational Support Airlift is presently located across John N. Hardee Expy. from where Columbia Air Base Headquarters was located in the 40’s.  Some of the still standing buildings are scattered around the Columbia Army Air Base Memorial at the intersection of Base Street and Biloxi Square.

The memorial states 230 aviators, one of which was a woman, from Columbia Air Base, Walterboro, and Congaree Air Base lost their lives during flight training.  Two of the losses were from their training at Congaree Air Base.   All of the crashes were mainly caused by the pilots being inexperienced in the large B-25 airplanes. 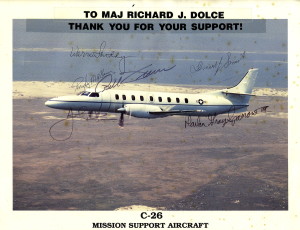 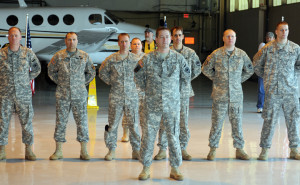 The following was released by 108th Public Affairs Detachment:

Following a brief mobilization process at Fort Benning, Ga., the unit will move out for Afghanistan. They will be based out of Bagram Airfield.

The unit’s mission will be to support the International Security Assistance Force (ISAF) commander, carrying VIPs and leadership to different outposts around the Combined Joint Operations Area Afghanistan (CJOA-A).

Col. Paul Horry, state aviation officer for the SCNG, mentioned the uniqueness of this particular mission.

“This is the first C-26 to be deployed into combat operations,” said Horry. “They (Det. 24) have experienced, professional Soldiers, respected throughout the Army’s fixed-wing community.”

Chief Warrant Officer 5 Mark Kranz, commander of Det. 24, said his unit is eager to get underway.

The pilots in the unit average approximately 20 years of flying experience, according to Kranz.

“We’re well-trained and have a lot of experience,” he added. “We’re a small detachment, with six warrant officer pilots and two NCO’s for scheduling.”

Kranz also summed up the attitude of many at the ceremony.

“It’s going to be a good deployment.”