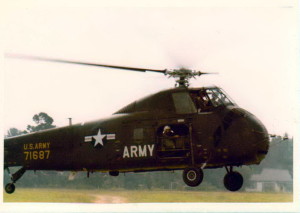 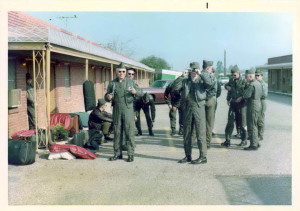 One of many ferry crews 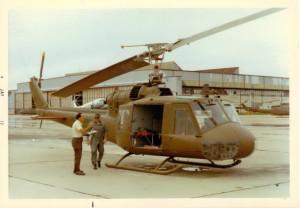 1971 1201 – 51st Aviation Company (Assault Helicopter) was reorganized as 51st Assault Helicopter Company, 1 Dec 1971 as the new assault company TOE 7-357H was being implemented with a new and different mission statement.  Additionally, Detachment 1, 51st Aviation Company became the Maintenance Platoon of 51st Assault Helicopter Company with the same TOE change.  Taking place at a time when the Viet Nam War was winding down and the active Army’s strength was being lowered to a much lower level resulted in the National Guard aviation units  being modernized to a more comparable level to active aviation units.  The UH-1’s, models C, D, H, and M, started arriving to replace the CH-34’s that were in place.  These aircraft were being picked up from Corpus Christi Army Depot, in Corpus Christi, Texas;  Naval Air Station, in Pensacola, Florida;  Atlanta Army Depot in Atlanta, Georgia;  and other locations where these airframes had gone through depot overhaul or a Inspect, Repair Only as Necessary Program. (IRON).  Although, two UH-1H’s, 71-20002 and 71-20003, were received new directly from Bell Helicopter Company.  Aircraft 002 was soon equipped for VIP flights with olive drab padded cushions and fold down lap tables.

In August 1972 just three months after being reorganized the 51st Assault Helicopter Company attended Annual Training at Camp Blanding Florida with all the newly received equipment and influx of recently assigned personnel.  The unit safely convoyed down to Camp Blanding amidst all the traffic, heat and humidity as the flight platoons’ helicopters departed in stages allowing the FBO’s to easily handle the arrival and departures for refueling.  A by-product of this method provided an opportunity for crew coordination and interaction training to begin. 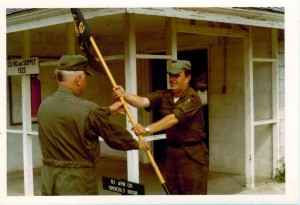 On the second day of AT the change of command took place between MAJ Marion H. Kinon and MAJ Thomas Alexander. 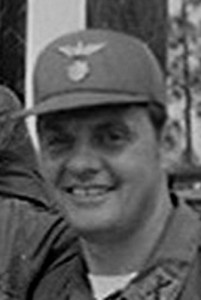 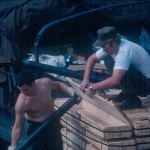 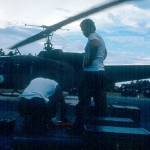 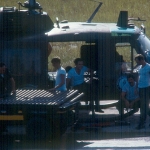 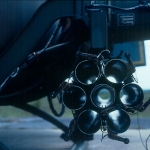 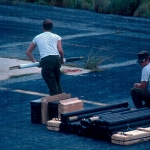 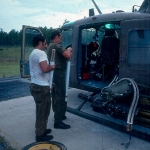 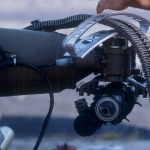 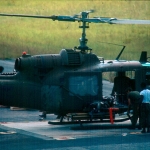 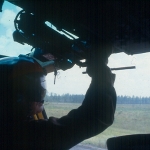 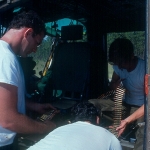 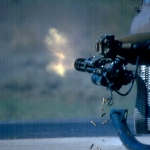 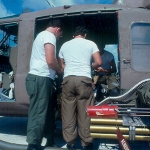 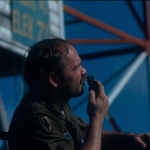 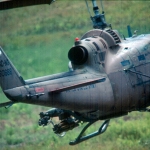 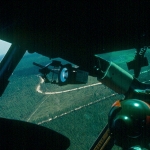 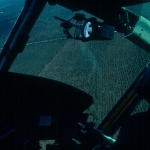 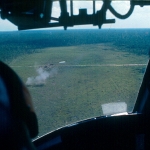 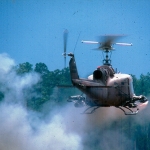 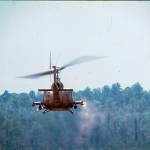 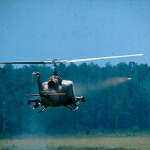 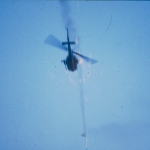 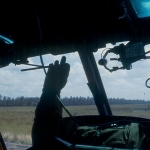 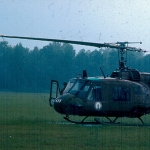 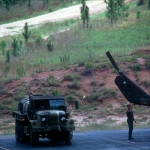 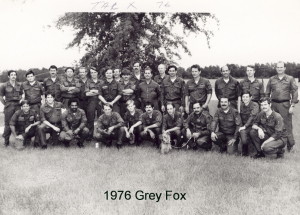 1976 – The following article was extracted from a 1976 Times and Democrat courtesy of Ralph Crim:

By Mary Green Brown Of The Times and Democrat

The state’s only National Guard company devoted entirely to aviation is headquartered in St. Matthews, and almost half of its members are from Calhoun and Orangeburg counties.

It became an assault helicopter company in April 1972 and has logged more than 30,000 flying hours without an accident since then, according to Maj. Ed Baxley, the commanding officer.

Two charter members, Sgt. 1.C. Guy Wannamaker and 1st. Sgt. Jacob B. Carroll, both of St. Matthews, are still active in the unit.

Baxley was interviewed recently by The Times and Democrat at Tact X at Ft. Stewart, Ga. Where the company was undergoing its two week summer training.  Tact X is located 23 miles from the main post on the   Ft. Stewart reserve.

The 51st Aviation Company which received several national safety awards, is a self-contained unit with its own personnel trained to meet every need of a combat unit, from cooking to rocket-firing.

Baxley pointed out the excellent mess crew of the 51st company makes the 14 day stay at summer training …..

With 47 guardsmen from Calhoun County and 35 from Orangeburg County, nearly 50 per cent of the unit is local.

Baxley said this is important because the Guard is placing an emphasis on local units.  The National Guard is changing as a result of the volunteer army, and Baxley said he is finally accepting the inevitable changes as being for the best.

During the Viet Nam War, demand for spaces in the Guard exceeded the supply, and men from throughout the southeast enlisted in the St. Matthews unit.

“As long as we had the draft, men had motivation to join the Guard,” said the commander, who noted the volunteer army “has put us in the recruiting business.”

“I think it has made us better leaders,” said Baxley.

Guardsmen no longer are required to commute a long distance to companies with which they originally enlisted.  They may now change to a Guard unit closer to home.  The 51st Aviation Company has lost a number of men who were transferred to other states by their employers and who decided to switch to units in the area.

The unit has a number of vacancies at present.  New members with prior military service are not required to complete basic training and they may sign up for as short a period as one year if they wish.

New enlistees in the Guard who have no prior military training must complete four to six months of basic training and must enlist for a six year period.

It is a good part time job, said S.Sgt. Ralph Crim, mayor of Elloree, who is the unit’s recruiter and public information specialist.

Crim and his neighbor, Spec. 5 Milton Felder, the company photographer, accompanied the Times and Democrat reporter and photographer on their tour of Tact X and on the helicopter trip to and from the base.

Crim said members of the Guard serve one weekend per month and two weeks in the summer.

An E-5 with four years’ prior military service would make approximately $60-70 per month, said Baxley.

He said he would like to attract men from the Orangeburg-Calhoun area to the 51st Aviation Company.  It offers more than the average company because it is self-contained, he said.

The company’s stated mission is “to move troops,, supplies, and equipment within the combat zone.”  The concept of an assault company was birthed in Viet Nam, Baxley explained.  Each guardsmen has a specific function.  A majority of the skills deal directly with aviation.

The 51st Aviation Company has 65 trained helicopter pilots.  It has 174 enlisted men and 24 officers.

The Guard provides assistance in all types of emergencies.  Baxley, who is a full-time Guard employee and a resident of Camden, said his most rewarding experience in the Guard was during the 1973 snowstorm.

The 51st Company, which has 29 helicopters, was in great demand to pick up stranded motorist, to fly food and medical supplies to the snow-bound, to transport the sick and injured and women in labor to hospitals and to perform many other vital services.