In Feb 1972 he transitioned Into Fixed Wing qualifying him to fly both Rotary Wing and Fixed Wing Aircraft.

Just six months before the battalion was to ARTEP in Ft. Hood, Texas very sadly MAJ Sydnor’s life ended as the result of an automobile accident early in the morning under foggy conditions as he was on his way to work.  He had been working very hard to have C Co prepared for the up-coming task of ARTEP. 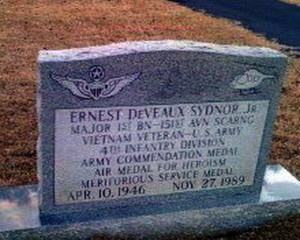