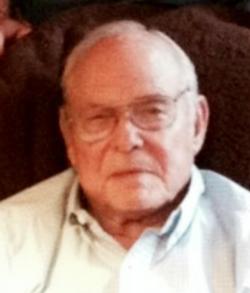 Guy attended the organizational meeting of the Headquarters Company, 51st Infantry Division of the South Carolina National Guard in St. Matthews and joined the next day,     September 16, 1947.   He was the caretaker for Headquarters from the beginning until his retirement.  Guy was the one to keep all the i’s dotted and the t’s crossed for the unit not only during two days a month of drill and two weeks summer camp but also the remaining Monday through Friday work days of the month.  He was a dedicated member of the South Carolina Army National Guard for forty years. Guy worked full time for the guard in St. Matthews for thirty-five years.

Like a great many others, Guy was a tremendous help to me as I began my service in the National Guard. He was one of the most honorable men I have ever known and the world is certainly a better place because of him.  These are recent remarks from Ed Baxley.

Buddy Scoggins recently wrote :  After basic and AIT I was assigned to the 251st Medical Detachment as an E-1 medic in St. Matthews. This was right after aviation moved to MMT. Guy was my 1SGT.  He was a good leader.