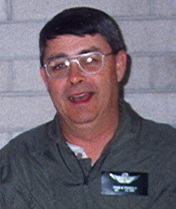 Born in Hendersonville, North Carolina, on Dec. 16, 1943 and educated in the Orangeburg city schools, he graduated from Wofford College in 1966. Upon graduation, he was commissioned 2nd Lt. in the U.S. Army, and served two years as an Artillery Officer. In 1968, he entered Flight School, and graduated as a Fixed Wing Army Aviator. He served a tour in the Republic of Vietnam 1969-1970, flying more than 970 combat hours as Forward Air Controller.

After his return from Vietnam, he continued his military career in Active Duty, Reserve, and National Guard units. He transitioned in 1984 to helicopters, becoming a Dual Rated Army Aviator. He became Commander of 659th Medical Battalion (Medivac), and served as S-1 and S-2 of the 51st Aviation Battalion (Attack Helicopter). Decorations include Master Army Aviator Wings; Distinguished Flying Cross; Bronze Star; Air Medal with V Device and 32 Oak Leaf Clusters; Meritorious Service Medal; Army Commendation Medal with V Device and one Oak Leaf Cluster; and the Vietnamese Cross of Gallantry. He retired as a Lt. Colonel in 1993 with over 23 years of military service.